Meryl Streep might have been famously unimpressed by some of the spring/summer trends in 2006's The Devil Wears Prada, so it's probably best she avoids this article.

Floral designs are just one fashion trend set to return in a big way this spring, having been shown extensively at September's Fashion Weeks.

Not all the outfits which were showcased in Paris, Milan, London and New York will make it onto the high street in the exact form we saw them on the catwalk.

But elements of the clothes on show - whether it be an idea, colour, material or pattern - are picked up and copied by other designers, and heavily influence what we see in the shops a few months later.

"Retailers must determine which looks they think we're actually going to buy, manufacturers must begin producing those items en masse," explains The Telegraph's Tamara Abraham. "And then brand marketing machines must work out how to promote and merchandise the new stock in a way that will convince us to spend our cash."

Here are seven major fashion looks you can expect to see (and maybe wear) in 2020.

You may have needed a pair of sunglasses if you happened to catch Little Mix's performance at BBC Radio 1's Big Weekend last May.

But the most successful girl group of recent years were actually ahead of the game with their outfits.

Some featured mint green or pistachio colours prominently in their collections, others had a transparent highlighter feel to their outfits. 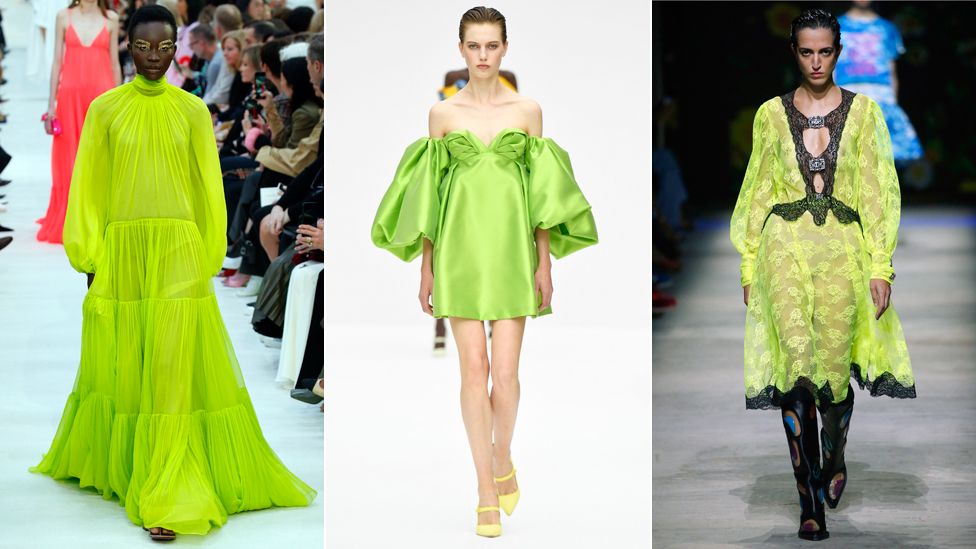 "What's fluoro pink, orange, blue, green, and yellow, and refuses to blend in with the crowd? All the highlighter-inspired neons gracing your favourite catwalks," said Kerry Pieri and Lauren Alexis Fisher of Harper's Bazaar.

Neon showed up in collections from the likes of Christopher Kane, Caroline Herrera and Valentino, and are already filtering through to the shops. 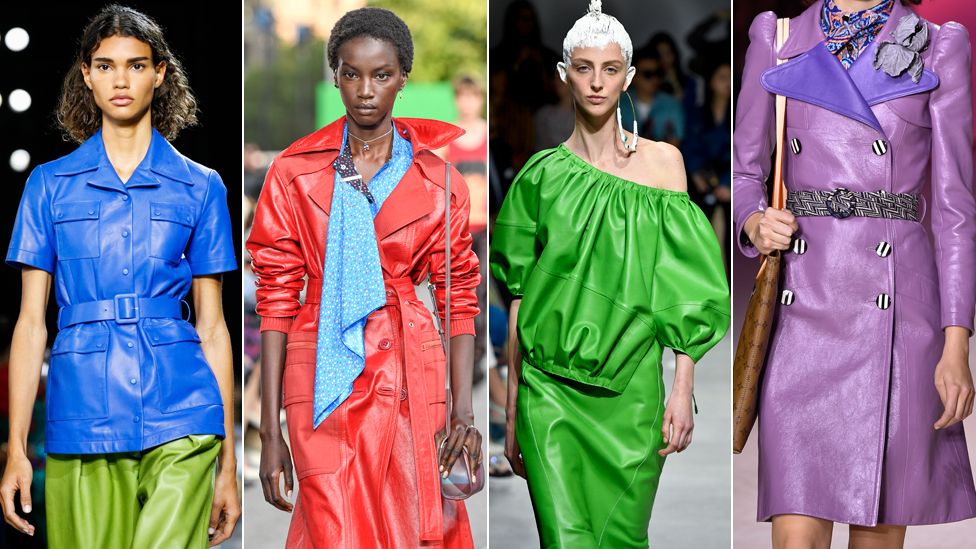 A packet of skittles would have nothing on the rainbow of colours which designers have been showcasing on leather in recent months.

"There's no mistaking that leather - including vegan or faux - is the one material everyone's excited to work with next season," wrote Marina Liao in Marie Claire.

"The material was spotted on Spring 2020 runways from New York to Paris in just about every form - from colourful jackets at Coach 1941 and Bottega Veneta to skirts and pants at Marni and Alexander McQueen."

Leather designs were once reserved for autumn and winter, but it seems leather is set to make its mark in Spring this year. 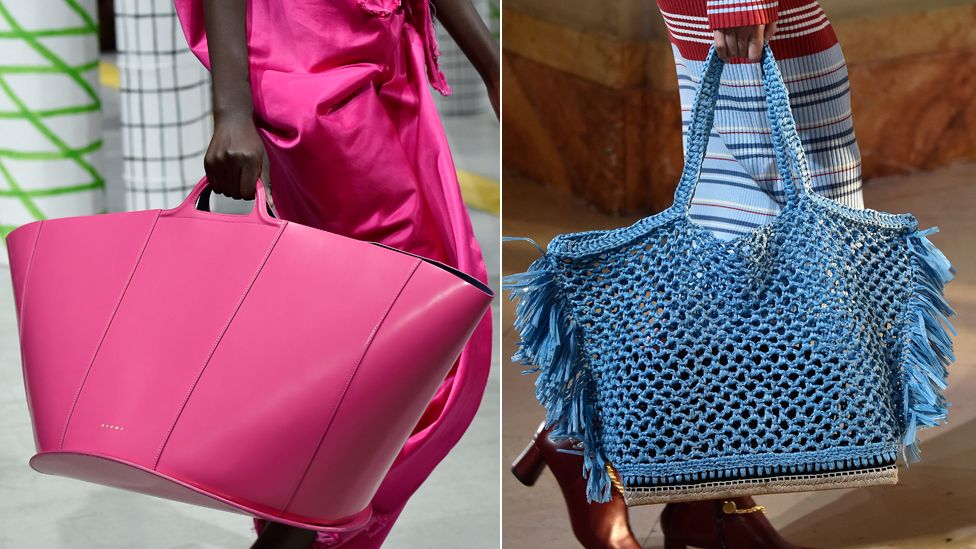 No outfit is complete without the right accessories, and bags with ample storage were on generous display at September's Fashion Weeks.

However, some were admittedly more practical than others.

The transparency of some of Philip Lim and Stella McCartney's designs (below) would offer little privacy, for example.

And there's a good chance your possessions would fall out of the giant holes in the Off-White bag, but never mind because at least you'd look extremely fashionable as it was happening. 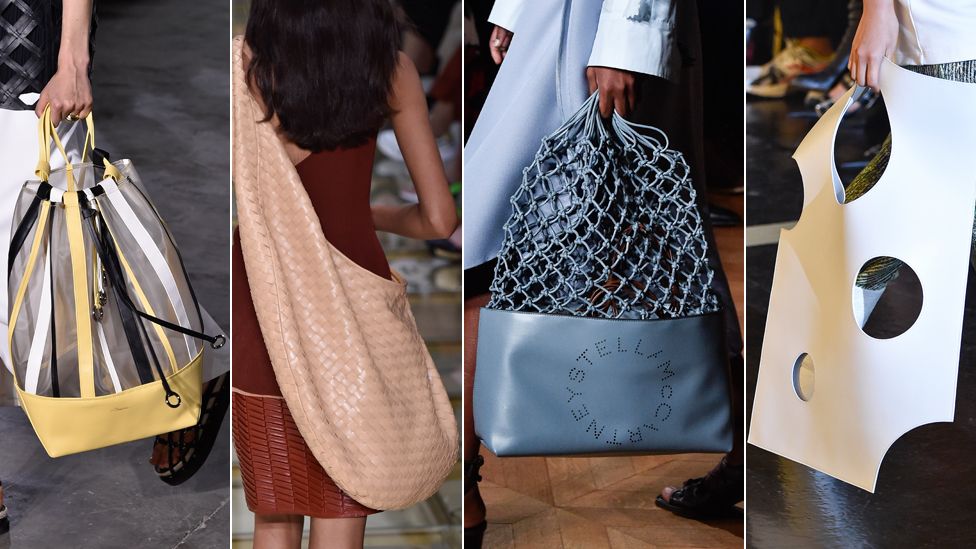 "For those who prefer practicality over the micro trends, it's finally time to retire 2019's itty-bitty-it-bags that didn't fit anything to begin with," wrote Elle's Justine Carreon.

"Think big. Bottega Veneta and Off-White are ushering in XXL editions large enough to fit all of your life's problems.

"Literally - they can probably fit your therapist."

(For more, Check out the original article from here)